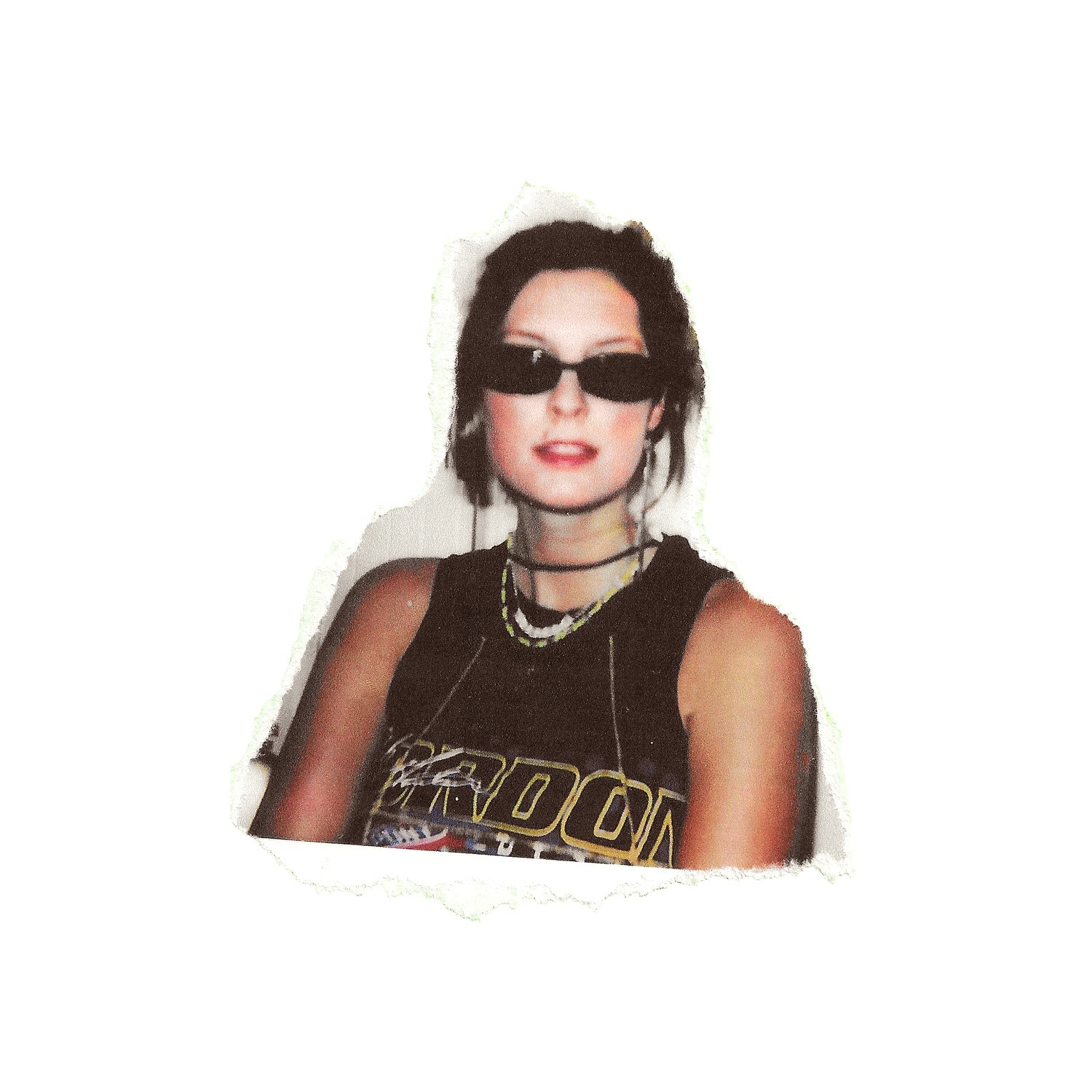 Artist, producer, writer and community leader LATASHÁ not only radiates the power of authenticity and collaboration through her music and influence, she is actively expanding the way we think about ourselves and the world. With community as her cornerstone and an abundance mindset as her framework, LATASHÁ is rewriting the script.

Starting her musical journey in 2010 in New York where she rapped in cyphers–gatherings where rappers freestyle in a circle–LATASHÁ experienced early momentum making mixtapes and opening for major acts like Q-Tip and Kanye. Thrown in the thick of it, the pressures to placate the music industry began to take a toll. “I loved performing, and running around making music but the industry was really tough on me, and tough on women in general on how they want us to present and how they want us to make music,” says LATASHÁ. “I fell into a deep depression because of that. I felt like I was kind of lost in myself and in the world on how I create music. And so, I took a pause.” When a female mentor came into her life offering moral support and patronage, LATASHÁ found herself again. And with it, the drive and passion she’d always had for music and art. “I came back in 2016 because a woman came into my life as a mentor and bestowed $10,000 to me. She told me to promise her that I would go for my music career, because she knew that I was really talented and really believed in my art. So I quit my 9 to 5 and started making music full-time.” Finding a creative community in LYTEHAUS–a collective of artists and filmmakers–LATASHÁ found a way to keep going despite consistent challenges. “It was rough in New York when I was living there. I went through all the trials of an independent artist but found my community in LYTEHAUS, who I create a lot of my art and content with, especially my music videos cause everybody is a filmmaker. Then we moved to California together.” When the pandemic hit, her partner and collaborator Jahmel Reynolds (aka Jah), discovered crypto art and encouraged her to get involved. “I thought it was a fluke,” says LATASHÁ. “Then I realized it was a really dope way for musicians to find full independence and support and build an ecosystem out of it.”

Two years later, LATASHÁ is leading the way, laying the groundwork for others, and actively empowering herself and her community in the process. As the Head of Community at ZORA, the founder of ZORAtopia, and the creator of TashDAO (to name a few of her involvements), she’s creating new pathways for creative expression and experimentation. With a focus on heart-centered storytelling, highlighting “Black femininity, autonomy, self-empowerment, autonomy, love, and transcendence,” while onboarding musicians and marginalized groups into the space, LATASHÁ consistently keeps collaboration at the forefront. “I’ve always been community-driven and connected,” says LATASHÁ. “Being a hip hop artist, community has always been the foundation for everything.”

She is currently making her album while building a residency program called Tash Camp. At Tash Camp, she is bringing together creators from the web3 community including Iman Europe, Heno, Andre Oshea, Jahmel Reynolds, kAui, Terrance T. Young, Tara Moves, and others. LATASHÁ is taking back the reins from her earlier experiences by reimagining the creative process and mindset. “When I was focused on web2, I was very caught up in what the worlds were asking artists and creators to do to make a reach or make sounds that sound like what everybody else is making. With web3, I get to do the things that I've always wanted to do.”

Tash Camp has met in Desert Hot Springs and in Jamaica (intentional to LATASHÁ’s Caribbean roots) to work on the album, with future meet ups planned to continue building the project as a community. Once the creative process is complete, members of TashDAO will collectively make decisions about the album’s roll out, including distribution.

On the journey to the album, LATASHÁ is releasing a web3-native, four part audiovisual series called Joyride, reclaiming her right to uninhibited creative expression. “Joyride is the ride to my album,” says LATASHÁ. “I started Joyride as an experiment utilizing the web3 space and seeing what music hits, and what visuals hit, and a space for me to be free and in my joy.”

Prompted by her bike rides during the height of the pandemic where she frequently found inspiration, Joyride presents an intoxicating audiovisual window into LATASHÁ’s intricate mind. “I would ride my bike and get all these freestyles and visuals in my head,” says LATASHÁ. “I didn't want to make these full songs, because I wanted to just make quick bites of what I do.” Written in a flow state, LATASHÁ describes her most recent Joyride drop, Joyride II “Showtime”, a reggae influenced track produced by kAui, as an extension of her subconscious.

With Joyride I “Culture,” and Joyride II “Showtime,” previously dropped on ZORA, and Joyride III and IV in the queue for November and January respectively, the series showcases LATASHÁ’s range, confidence, and unshakable sense of self in all her dimensions. “I like to play with different tones and voices, sometimes I play with this aggressive, bad ass, rap voice that I have, and then sometimes I have this sweet, calm, airy voice that I play with and they become two different characters in my songs,” says LATASHÁ.

In addition to the Joyride series, LATASHÁ recently dropped an audiovisual NFT for her song “Island” as another experiment to test the distribution model of setting an edition rate at 0.00111 ETH, comparable to buying a song on iTunes. So far, the drop has 657 collectors. LATASHÁ says the “Island” NFT is meant for the community–a song she performs at her shows as a moment for the crowd to dance together that she now wants them to own collectively. “My tribe sponsored the video. I want you all to have it cause it’s also a metaphor to my existence and may relate to a lot of you,” writes LATASHÁ on Twitter.

Constantly finding ways to carve out a distinct artistic identity while simultaneously collaborating with the community, LATASHÁ is adding her file to the canon of case studies testing web3’s possibilities. “Becoming a part of the web3 community and releasing music in this way has really allowed my creative freedom to run wild,” says LATASHÁ. “My favorite artists are artists that stayed themselves and created their art in themselves. I just went to a David Bowie exhibit, and David Bowie is the precursor to web3 artists in the sense of how he embodies his fullest self in his art and didn’t follow the masses. And then got loved by the world for being himself. I think what web3 is doing for me is allowing me to be my fullest self, be multidimensional, create all kinds of different sounds and worlds and all that and still be LATASHÁ–one being at the same time that I'm being this multidimensional figure.”

Oscillating between roles as leader, builder, and creator, LATASHÁ started ZORAtopia in response to the multitude of DM requests she receives from people needing onboarding resources. Beginning as an educational platform with about 40 people, ZORAtopia has now grown to over 1,500 subscribers and has live events and programming. After Public Hotel shut down one of her performances at NFT.NYC, LATASHÁ started the IRL events as a response to the need for safe places where freedom of expression is protected. “They shut down my show because they said I was too aggressive. And then they shut down all hip hop sets after me,” says LATASHÁ. “I decided to create something for us to have a safe place IRL.” Now with events at SXSW, NFT.NYC, SXSW, NFT Oakland, and Art Basel, ZORAtopia is winning the fight for community and culture. “The goal is always to empower myself and others,” says LATASHÁ. “The world can be rough, especially as a creative but it's really important to feel the power of doing what we love.”

In breakthroughs along her personal journey, LATASHÁ says an abundance mindset has been a game changer as she forges the path and navigates challenges. And she wants the same for others. “I do believe that web3 transforms our minds from a lack mentality to an abundance mentality just how the numbers work,” says LATASHÁ. “Your subconscious is looking at the numbers, ‘oh it’s just 0.1ETH.’ That in of itself can change the mind just subtly into an abundance mindset.”

For LATASHÁ, her purpose as an artist is the grounding force keeping her balanced in the midst of juggling all the hats she wears. “The reason we are artists, and the reason people want to be artists, is because it is living in your love and living in your greatest passion and light,” says LATASHÁ. “I believe that being an artist is being closer to your creator, and so that's why I do it and push and advocate for all artists to live in their dream and live in their vision.”

Fueled by her spiritual connection, the fruit of her resilience and the power of community and culture, LATASHÁ is the vessel, music is her message, and web3 is the conduit to spread the love.